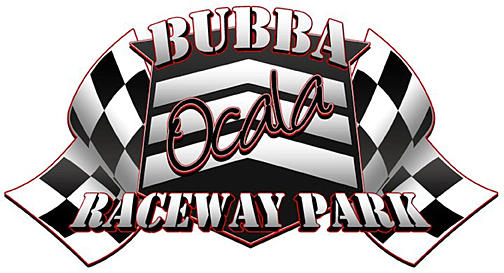 “I know it’s only February, but to come down here not expecting much and to come away with a win is awesome. It gives this team the confidence that what we are doing things the right way,” said Madsen, who hails from Australia but now calls Knoxville, Iowa home.

“I have to thank Bob and Peter Gavranich for giving us everything we need to win. Tyler Swank my crew chief and all the crew have worked their tails off over the past couple of months and I’m happy I could reward them with this win,” continued Madsen.

Kerry “The Mad Man” Madsen and Jac “The Wild Child” Haudenschild would bring the field to the green in a race that would go the first 15 laps caution-free. Unfortunately for “The Wild Child” he would become the first race stoppage. Haudenschild would make contact with the turn three wall and get upside down while trying to chase down Madsen in lapped traffic. Jac was uninjured but done for the night.

Unlike the previous night when the track was challenging because of several days of rain, the crew at Bubba Raceway Park had the racing surface in perfect shape and the dicing among the top five throughout the last half of the race was proof.

At the half-way mark the running order was Madsen, Kemenah, Dietrich, Dale Blaney, Gravel, Greg Hodnett, Tim Shaffer (who had to start 11th after having to change a tire due to cutting one down in the dash), Rico Abreu, Steve Buckwalter and Sunday’s winner Dave Blaney.

When the green flew again, Madsen would rocket away from Kemenah as a tremendous battle ensued for third between Dietrich, Dale Blaney, Gravel and Hodnett.

With seven laps to go Mark Coldren would stop on the track to bring out the caution. The running order was Madsen, Kemenah, Dietrich, Dale Blaney and Hodnett. When the green reappeared, Madsen would again pull away with Kemenah comfortably in second with that war for third again heating up.

With just two laps to go, Dave Blaney would spin, wiping out Madsen’s big lead. But, with a clear track, Madsen would power away for the victory with Kemenah coming home a solid second with Dietrich barely nipping Gravel for third.

“Track position is huge in this sport. We had a great car and in clean air I was confident no one was going to catch me. When we got into traffic, I made a mistake and went to the top of turn three to get around lapped cars and Jac was there. When the high side is there you always know Jac will be coming. When that caution flew with two to go I was very confident we were okay…I had clean air,” said Madsen.

For Kemenah, who has committed to running with the UNOH All Stars in 2014, the second place run is a great way to start the season for a team he funds out of his own pocket.

“First I want to give a big shout out to the track crew here. They worked their butts off the past three days and took a lot of heat. They could have thrown in the towel but they rolled up their sleeves and gave us a great track tonight,” said Kemenah beside his Hampshire Engines/Radio Hospital/Lima Auto Mall backed #63.

“Kerry was just too good in clean air. My only hope was we would get long green flag runs and get into traffic but the last half of the race we didn’t get that. We’ll take second…it gives us a lot of confidence heading to Volusia where we usually run pretty good. I have to thank my nephew A.J. (Havens) for all the hard work,” continued Kemenah.

Dietrich was also pleased with his third place run.

“That was close at the end…We had a heck of a race there with Gravel and Blaney and Hodnett. I was just holding on there at the end. We were way too tight and there was a hole in turn 3 and if I didn’t catch it right I’d bounce up the track,” said Dietrich beside his Sandoe’s Fruit Market/Weikert’s Livestock/Hickory Run Orchards backed #48.

“Our plan is to stay down here and run Volusia this week. We’re suppose to head home to race in Pennsylvania next week but with all the snow and cold I don’t know if we’ll get to,” added Dietrich of his Gary Kauffman Racing Team.

The UNOH All Stars will be back in competition Wednesday and Thursday at Volusia Speedway Park. With two events in for 2014, the battle for the series national and Eastern Region titles certainly looks to be very entertaining throughout the season.

For more information go to www.allstarsprint.com

All Star Circuit of Champions (24 Cars)