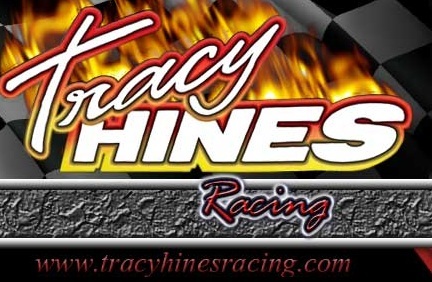 New Castle, Ind.—March 11, 2013— Indoor midget racing takes a combination of two very important elements to be in contention for wins. First, a fast car and second, a little bit of luck. Tracy Hines had both of those at various times this past weekend as he took to the track at the Cedar Lake Arena in New Richmond, Wisc., for the Sasquatch Indoor Nationals presented by Jack Link’s Beef Jerky, which served as the season opening two races for the Stark Automotive Group/Mid-State Equipment Badger Midget Series. When the checkered flag flew, he crossed the line second in the final feature, after coming home seventh on the opening night.

The finale of the two-day event was run in the afternoon on Sunday, March 10 and found Hines starting ninth on the grid for the 30-lap main event aboard the No. 75 Speed Quip Motorsports Chevrolet-powered Phantom. The race started with accidents that brought out the yellow flag twice before a single lap was completed, necessitating a pair of complete restarts.

On the third attempt at the start, Hines found himself in fourth. He would move into third on the seventh circuit, getting around David Gough. The veteran driver would move into second on lap-23, getting by early race leader Brad Kuhn. Hines battled lapped traffic late in the race as he tried to track down eventual winner Danny Stratton. He would cross the line in the runner-up position. Hines began the afternoon by finishing second in the second 10-lap heat race.

“It was an eventful start to the race to say the least,” said Hines. “That all helped us a bit and I was able to get a pretty good start the third time and run up front. It took a little too long to get into second and we just didn’t have enough time after that. It was a fun weekend and I really have to thank Roger and Lara Miller for letting me drive their car.”

Hines opened the two-day event at the Cedar Lake Arena on Saturday, March 9 with a seventh-place finish in the 30-lap main event. The native of New Castle, Ind., lined up sixth for the race, which featured numerous drivers that are veterans of indoor midget events. A number of cautions dotted the main event, including one that turned into a red flag with 10 laps to-go that brought the field to a stop to improve air conditions inside the Cedar Lake Arena. The night opened for Hines with a second-place finish in the fourth 10-lap heat race.

“That was a pretty demanding race out there,” noted Hines. “As is the case most time with indoors races, it was pretty challenging to get around people and you really had to set up your passes a couple laps before. We learned a few things on the first night that really helped us on Sunday.”

Hines returns to action on Saturday, April 6 at Lawrenceburg Speedway in Indiana with the USAC Amsoil National Sprint Car Series. He is currently third in points with the series, just seven markers out of the top spot, after a pair of wins in Florida last month to open the season. Hines will make his next start in a midget the following weekend, April 12–13 at Kokomo Speedway as part of the inaugural Kokomo Grand Prix for the USAC National Midget Series.

“With how strong we ended the trip to Florida, I can’t wait to get back in the sprint car in a few weeks,” he stated. “Then it’s just one week after that and we are at Kokomo in the midget. It’s almost that time and I’m ready. We’ve been working hard in the shop and have everything ready to go.”